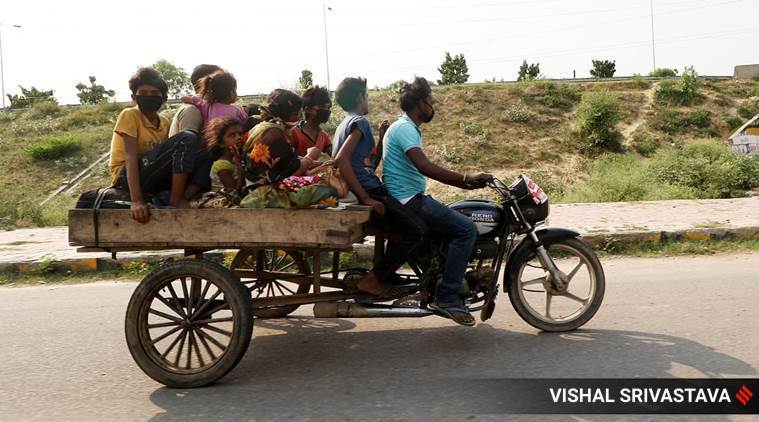 A week earlier, the DPIIT had modified the public procurement norms to give additional preference to domestic companies in government contracts, barring companies with less than a fifth of localisation from participating in most government tenders.

Less than a month into the Centre’s ‘Atmanirbhar Bharat’ pledge, government departments including the Department of Commerce, Department for Promotion of Industry and Internal Trade (DPIIT), the Ministry of Civil Aviation, alongside utilities such as BSNL and some state electricity boards, have either issued policy directives or are working to tweak rules to push domestic manufacturing and services.

On Friday, the Directorate General of Foreign Trade (DGFT) issued a notification changing the import policy of tyres, requiring additional permissions and licences for importing tyres.

A week earlier, the DPIIT had modified the public procurement norms to give additional preference to domestic companies in government contracts, barring companies with less than a fifth of localisation from participating in most government tenders.

On these lines, the Ministry of Civil Aviation has issued a list of items that the Airports Authority of India (AAI) can procure from local suppliers. For goods, services or works, of which the estimated value of procurement is less than Rs 50 lakh and where sufficient local capacity and local competition is available, only local suppliers shall be eligible to bid.

These include items such as automatic message switching systems, desktop computers, laptops, photocopiers, earthing pits and other such office and engineering goods.

Additionally, for some of the technical equipment such as satellite phones, digital automatic terminal information service (DATIS), oscilloscope, and a variety of radio equipment, in case the lowest bidder is a foreign player, a local bidder will be invited to match the lowest price for the applicable quantity of goods or works subject to the local supplier’s quote price falling within the margin of purchase preference.

State-owned telecommunication company BSNL has been directed to rework a tender for 4G equipment issued in March to effectively ensure compliance with promoting ‘Make in India’.

Further, the Department of Chemicals and Petrochemicals has also prescribed minimum 60 per cent for 2020-21 with

regard to public procurement of local chemicals and petrochemical contents, 70 per cent for 2021-23 and 80 per cent local content for 2023-25.

Last month, exhorting that the COVID-19 crisis had “explained to us the importance of local manufacturing, local market and local supply chain”, Prime Minister Narendra Modi had called for increased “self-reliance” on domestic goods and services.

A number of state electricity boards are also working on revising the norms to dissuade foreign companies from bidding for transmission and distribution (T&D) contracts, which account for a bulk of the recurrent orders. According to sources with knowledge of the matter, some electricity boards are debating a cut-off limit, below which only domestic players will be allowed to bid. This is in addition to information being sought from T&D players regarding percentage of goods used by them that is manufactured locally.

According to Friday’s DGFT notification, nine classifications of tyres — including those for cars, buses, lorries, motorcycles, etc — have been moved from “free” to “restricted” category. Any goods under the restricted category require the importer to obtain a licence or permission from the DGFT prior to importing. During the April-February 2019-20 period, $260.72 million worth of these tyres were imported.

“With a requirement of now obtaining a license/approval for importing tyres, there should be an indirect promotion on demand of domestically manufactured tyres,” said Abhishek Jain, tax partner, EY.