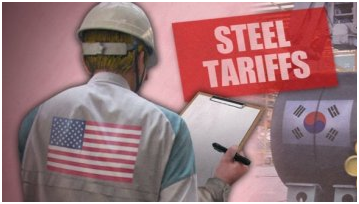 The Korea Trade-Investment Promotion Agency announced on Feb. 4 that a total of 228 import regulations targeting South Korea were in effect in 26 countries at the end of last year.

The United States implemented 46 regulations, followed by India (33), China (16), Turkey (14), Canada (13), Indonesia (10) and Thailand (nine). Those implemented in the emerging economies including India, the Philippines and Thailand accounted for two-thirds of the total.

The numbers of regulations targeting steel and metal products and chemical products were 110 and 53, respectively. The rest include those targeting plastic and rubber (19), textile (17) and electrical and electronics (eight).

The emerging economies tightened their regulations regarding steel and chemical products while focusing on the growth of their manufacturing sectors. India, Indonesia, Malaysia, Argentina, Thailand and the Philippines raised their non-tariff barriers such as compulsory certification and import licensing.