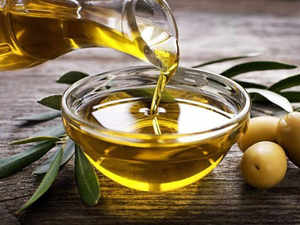 NEW DELHI: The government is considering putting restrictions on the import of all kinds of refined edible oils while continuing to keep crude oils under the free category.

This will help India encourage import of more crude oils, facilitating better utilisation of the refining capacity of the domestic industry. Currently, both refined and crude edible oils are under the free category of foreign trade, resulting in an unrestricted inflow into the country. If the proposal gets through, refined oils can be imported only after obtaining an import licence while crude oils can continue to be shipped in on the basis of the import export code, without the requirement of any kind of licences.

According to the Solvent Extractors’ Association (SEA), a trade body, the existing refining capacity in the country is around 30 million tonnes, but only 45% this is being utilised.

“If refined edible oils are put in the restricted category, the import of crude oil will increase and domestic refiners will get business and in turn jobs will also be created. Currently, due to lower tariffs, refined oils are directly imported and packaged for selling in market,” SEA executive director BV Mehta said.

The country imports around 15 million tonnes of edible oil a year, forking out Rs 70,000 crore.

“Out of this, around 20% is refined oils and the rest is crude. If restrictions happen, only crude oil will be imported,” Mehta said.

India imports only palm oil in both refined and crude forms while other edible oils like sunflower, soyabean and rapeseed are imported only in the crude form.

Apart from that, the government is also weighing the food ministry’s proposal of imposing either a 10% cess or 12% integrated GST (IGST) on refined palm oil.

“We have sent a proposal to the revenue department for increasing the IGST on imported crude to 12% to widen the tax gap between imported crude and refined oil. If we keep IGST on crude at the existing 5%, the gap will increase to 10%, bringing some relief for Indian refiners,” said a food ministry official.