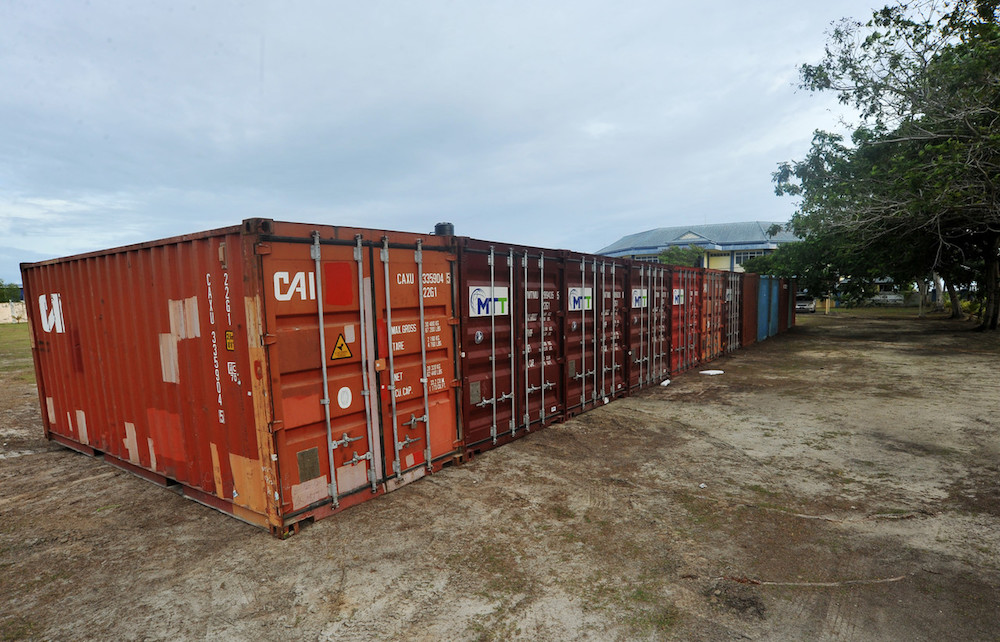 The Labuan Chinese Chamber of Commerce (LCCC) has appealed to the Royal Malaysian Customs Department to expedite the release of containers worth millions of ringgit still held up at the Labuan Liberty Wharf since February this year.

Its president Datuk Wong Kii Yii said if the issue remains unresolved, all five companies which imported the containers would have to cease their business operations.

According to him, over 40 containers of alcoholic drinks could not be moved to their destinations due to a delay in the issuance of valid liquor import licence by the Customs Department.

Kii Yii reiterated the problem arises as the Customs Department has yet to renew the import licence for the consignments.

“A letter replied by the Customs Department in Putrajaya on April 30 did not resolve the issue but dragging it on to the extent of their losses,” he said adding that, the importers usually submitted applications to renew the import license about three months before the expiry date.

Should there be any queries by the Customs Department in relation to the license renewal, it should be brought to the attention of the applicants well before the license expired, he said.

“The importers are our members whose cargoes are stuck at the port. They had informed the chamber after they brought the issue to the Customs’ attention via a letter of intervention on April 8, where they were asked to submit certain documents to support their import licence renewal applications, but there was no communication at all when they received the renewal application,” said Kii Yii.

He said the importers are not new but had been in the business for more than three decades and were well-versed on the procedures to renew liquor/tobacco import licence.

“We would like the Customs Department to assist us in resolving the issue for the good of Labuan’s economy,” he said adding that, the LCCC hoped the authority would help the affected importers to stem them from further losses as a result of heavy port demurring charges and rental.

Kii Yii hoped the importers would be given special permission to clear their containers without delay.