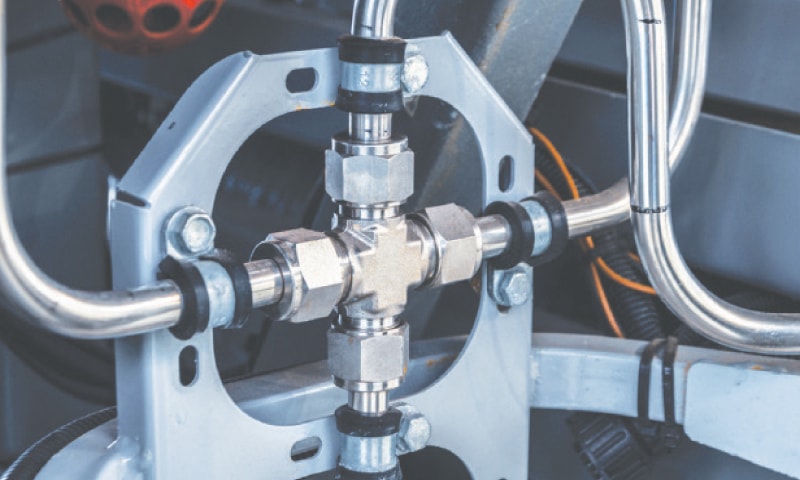 The government has firmed up plans to flock more than 200 marketing companies of Liquefied Petroleum Gas (LPG) towards mergers for market consolidation along with complete deregulation of LPG prices for both local and imported products. The product would also be promoted as a transport fuel.

The LPG Policy 2021 finalised through lengthy consultations led by the minister for energy with almost all the relevant stakeholders is set to be presented to the Cabinet Committee on Energy (CCOE) in the next meeting. Key contours of the policy have been formulated in line with the directions of CCOE for improvement from the perspective of demand and supply dynamics as well as its impact on producer and consumer prices.

While moving towards a deregulated regime, there would be no scope for setting margins for marketing companies as they promote inefficiencies in the system and delay market self-corrections.

The major focus remained on creating a balance between LPG imports and domestic production to meet demand in a sustainable manner while protecting the local industry without compromising on the quality of imported LPG. The matters related to granting of marketing license, registration and streamlining of distributors in the supply chain, use of LPG in autos, decanting and reduction in import terminal charges attracted maximum attention of stakeholders.

The policy seeks to clearly spell out a mechanism of deregulation keeping in view the short term and medium-term impact on supplies and pricing. It has been agreed that a shift towards a deregulated regime required that states should not have an immediate direct concern regarding producer price and mechanism of disposal of local LPG produced by E&P companies, refineries and others. However, there should be a mechanism of broad oversight to ensure good competition to avoid the creation of new monopolies and protection of consumers from market manipulation.

The regulator would also be responsible for the rationalisation in LPG import terminal charges, through adequate fiscal incentives for infrastructure development, as it is a pass-through cost and ultimately affects end-consumers.

While moving towards a deregulated regime, there would be no scope for setting margins for marketing companies — as is the practice now — as these guaranteed margins promote inefficiencies in the system and delay market self-corrections. “No government of Pakistan dictated margins are essential for markets to operate at efficient pricing through most efficient production and distribution means,” the policy observes.

LPG is the fuel for the most marginalised segment of society and yet massively costlier (almost 20 times) than piped gas. Putting a petroleum levy (PL) as a general principle would be very inhibitive. “Therefore, poor domestic consumers would be insulated from it.”

A minimum of Rs2,000 per tonne of Regulatory Duty (RD) would be imposed on imported LPG to ensure the protection of local production while saving end consumers from excessive price hikes. General sales tax at the rate of 7.5 per cent for both local and imported supplies of LPG would be applicable to create parity for both local producers and importers without creating massive GST based price distortions.

Both local and imported LPG would be subjected to a uniform tax treatment at the rate of 29pc corporate income tax on net earnings (as is the case at present with local LPG).

The current market situation shows the balance of demand and supply driven mainly by relatively cheap and barter-pricing imports apart from many other factors. Since this policy is promoting deregulation, hence the efficient price discovery would be left to market forces and the state would ensure a stable and efficient environment in which local producers and importers can operate in a non-volatile business climate.

The government has decided not to intervene and instead let the market itself determine the demand for import volumes. The Ogra would allow marketing companies for a letter of credit (LC) based imports subject to availability of storage infrastructure and sales. The regulator would also be responsible to ensure the evolving balance between state-owned entities and the private sector for imports.

Annual Turn Arounds of E&P and refineries would be scattered systematically throughout the year by the Petroleum Division (Ministry of Energy) so as to avoid sudden supply shocks coming from a reduction in domestic production. Also, the Ogra would register distributors and coordinate with district administration and the Explosive Department to have strong inspection regimes. The feedback from the District Administration and Explosive Department would be a mandatory requirement for the renewal of Ogra licenses for distributors.

Also, the Ogra would develop and announce comprehensive LPG Auto Fuel Regulations with preferential use in 3-wheelers and public service vehicles and vans under security checked LPG kits. It would also give special permission to qualified fuel and CNG stations to install LPG kits in autos subject to pre-defined safety and inspection checks. Till the time LPG Auto Fuel Regulations are in place, there will be a complete ban on the use of LPG in the transport sector, except for the filling stations which are already operational or Ogra has issued licenses.

The regulator would also define a safety regime for de-canting through special permissions and licenses. District Administration and third-party inspections would ensure strict safety compliance. Punitive actions with strong penalty regimes would be used to stop illegal decanting. The Ogra would also consult the Explosive Department for the introduction of safe decanting devices, minimum safety requirements and localities for de-canting.