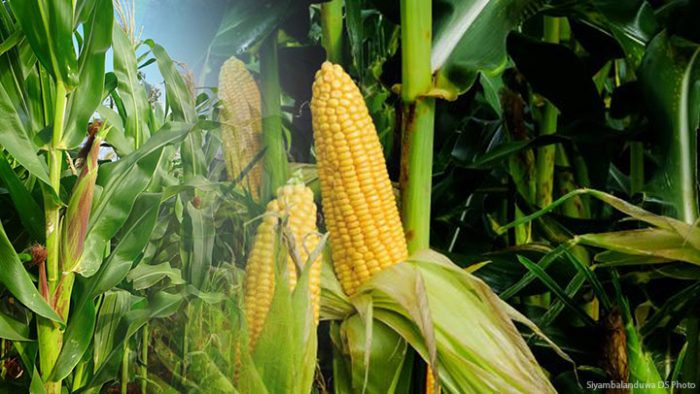 A ‘mafia’ or oligarchy of maize collectors who have been pushing the government to restrict trade in the grain have been making profits squeezing poultry farmers with high prices, a poultry farmer group has complained. Sri Lanka slapped an import ban on maize and groundnuts (peanuts) ahead of better harvests expected in the upcoming Maha season. Trade in maize is controlled to give higher profits to farmers, but small poultry farmers who are the main consumers of maize, are forced to pay high prices after an oligopoly of collectors buy the grain from the farmers. Rent-Seeking “These individuals have been at this for years, manipulating local maize farmers to sell a kilo of maize for 40 rupees,” Ajith Gunasekara, President of All Island Poultry Association of Sri Lanka said. “They hoard all the harvest of Maha season and create an artificial shortage in the market. Afterwards they release the stock to the market bit by bit. Even if local prices are pushed up by 1 rupee, collectors controlling 250,000 metric tonnes of supplies could make 250 million rupees in ‘rents’ or extra profits above the free market. If prices are pushed up by 6 rupees, a rent of 1.5 billion could be made and also distributed to buy influence, an industry insider pointed out. A gap of 10 rupees above the market price would yield the maize oligarchy 2.5 billion rupees of profits. “Sometimes you find a kilo of maize for a ridiculously high price like 85 rupees a kilo,” Gunesekera said. “And these profits do not go to the farmers.” See Also Sri Lanka rupee ends weaker, gilt yields flat India pledges USD 50mn for military procurement Sri Lanka's Keells Food Products net down in Dec Sri Lanka stocks retreat for fifth day SARS-like virus spreads in China, reaches third Asian country Seventy percent of the costs for poultry farmers is made up of poultry feed, for which the main ingredient is maize. “Local production is only 250,000 metric tonnes and it could only last four to five months whereas our annual requirement is 600,000 metric tonnes,” Gunesekera said. Small and medium scale poultry farmers who produce their own feed are the ones that get into biggest trouble. Permit Raj Sri Lanka has a complex system for import permits, based on projected harvests, and there is no established export market for maize due to problems in quality and high cost of production due to low yields. Like trade restrictions, permits are also a wellspring of bureaucratic and political corruption in most countries that that use them. Critics have said that Sri Lanka’s public service became increasingly corrupt during the 1970s when trade restrictions and permits for many activities. Chakravarti Rajagopalachari, an Indian politician who is credited with coining the term ‘License-Permit-Raj’, for policies that set the country back after independence, set up his own party to fight the corruption from permits and the creation of private rent-seeking oligopolies that came from controls. Permits and lobbying bureaucrats and politicians to free the import requirements takes by valuable time that could be used for productive purposes. Sri Lanka’s current administration broke a well-established oligopoly in wheat flour maintained by differential taxes on flour and grain, which gave rents to millers and also big traders in domestic rice, which is a close substitute. But cutting the excessively high wheat flour tax, which discouraged imports of milled flour, large profits were given to the millers. Read More: Sri Lanka suspends state-sponsored oligopoly in wheat flour The tax was suspended as cereal prices shot up over the past two months. It is not clear when the oligopoly would be restored. Value Chain As a result of high prices of maize, Sri Lanka has lost the opportunity to produce chicken meat at global prices and export them and also lost a chance to export processed food at competitive prices, analysts say. In global trade a ‘finished product’ of one sector is the ‘input’ raw material for another. Sri Lanka has been unable to diversify its export basket partly due to import duties on practically every item, which makes producers uncompetitive, analysts say. Sri Lanka big dairy farms are also hit by the maize restrictions. Feed grain given to cattle are not the same as the ones grown in Sri Lanka, but still they cannot import it freely, under the permit. Many of Sri Lanka’s exported agricultural products date back to before independence, when they became competitive in a free trading environment and industrial exports are mostly from companies that have special permission to import raw materials duty free. The so-called maize ‘mafia’ was born out of a group of collectors who supplied Ceylon Grain Elevators, the country’s largest feed mill, industry insiders who have knowledge of the matter say. They then pushed for import restrictions and permits to get sell collected grain at higher prices. Sri Lanka’s Department of Agriculture has said that a new cultivar for maize had been introduced, which would boost yields. Sri Lanka’s rupee had also fallen also pushing up the rupee domestic price of most commodities including vegetables. Meanwhile Gunesekera said Sri Lanka’s government should try to regulate maize prices to stop the mafia from pushing up prices. However in the past the price control authority did not control maize prices, but the retail prices of chicken, as chicken farmers lacked the political clout and maize is not a directly consumed by the people. (Colombo/Jan13/2020)