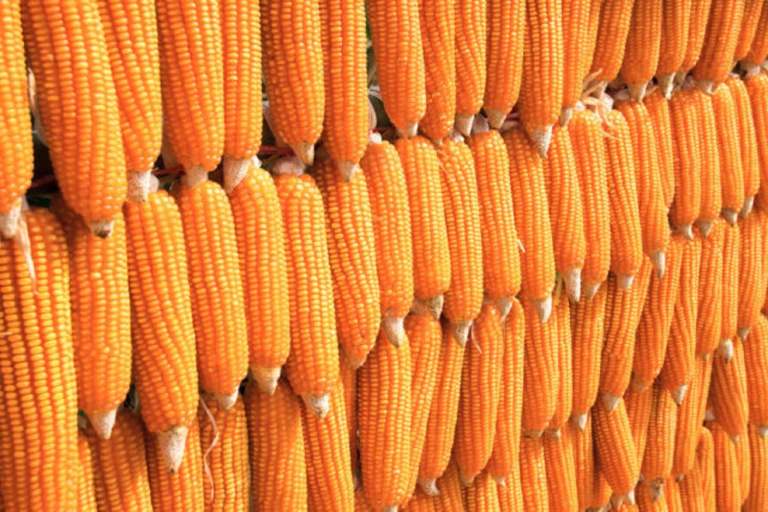 The importation trade value chain appears to be at its best at Nigeria’s ports following the relatively short turnaround time in the landing and clearing of large consignments of maize last month to date.

The import orders were placed just in July and by August the local industry had begun to receive the products in their factories thereby quickly dousing the tension that had gripped the market over the ban. Stakeholders’ response to the Federal Government’s intervention in the import supply of maize has been largely positive. Except for a few that felt the import approval should have been given to more firms, almost all operators in the maize-related feed mills and animal care value chain have expressed relief from the severe cost pressures on their businesses while appreciating the swift measures taken by the government and the approved importers. Earlier the government had approved the release of 5000 metric tons (mt) of maize from the nation’s strategic grain reserves to the Poultry Farmers Association of Nigeria and also granted a one-off license to four firms to import 226,000mt using their technical advantages to distribute to feed mills across the country. To qualify for the one-off import license, the four firms were able to prove their capability to handle the logistics and smooth operations of the import and distribution of 262,000 mt of maize in a fairly narrow window. These companies include WACOT, CHI Farms, Olam and Premier Feed Mills. Industry watchers say it was tactical to select these four companies because they have adequate storage capacity in or around the ports of Lagos, Port Harcourt, Sapele, and Calabar to manage the quick off-load from vessel and storage, and the handling, bagging, and distribution of the maize to different parts of the country within the shortest possible time.

Shipments were received at dedicated ports to ensure a speedy and distributed impact on the market with traceability. The need to deploy those entities with sufficient logistical and infrastructural capacity to handle and push out this critical volume of emergency maize in the short time frame and achieve maximum impact while providing a salutary effect on prices domestically cannot be downplayed in the face of the crisis. Another indicator of the appropriate choice of these companies is that they collectively represent well over 50 per cent of the organised feed milling sector of Nigeria and therefore will keep the supply of feed flowing during this critical period. The four companies have combined feed milling capacity of over 130,000 mt monthly with sites in Lagos, Ibadan, Calabar, Onitsha, Ilorin, Kaduna, Kano, and Sapele. In addition to providing feed they are also directly providing maize to 30-50 other members of the Poultry Association of Nigeria (PAN). Commenting on the intervention, Mr. Adewale Adeniyi, Sales Director Animalcare, one of the largest egg producers based in Ogere, Ogun State, Asaba in Delta state and Kano said, “the ones that were imported are already available even though there were some complaints that it was only foreign companies that were given the license to import, but I’m of a different opinion.

“Did any of the local operators or local stakeholders apply and the company was not given? I’m definitely not aware of any. Then do we have any that has the capacity to bring in a shipload? I don’t think so. Do they have the handling facility? I don’t think so. The major players would have still ended up getting the license to import.” Also speaking, Mr. Frank Ikemefune, Managing Director of Rainbow Feeds, Sapele, said, “we buy from those that have been allowed to import, mainly multinationals, they have the money and we don’t have, they also have the facilities to import and receive and they are selling to us. Another operator, Dr. Alayande Leye, Managing Director of Hybrid Feeds, Kaduna, noted that, “for now the maize imports have been highly impactful because at a point before the importation, there was a drastic drop in supply and a high demand gap from feed millers and it really made the price of feed to skyrocket. “The imported maize that came, although it came at a time when the local maize was not available, gave a lot of respite, I tell you a lot of respite. ‘‘If not for that maize, some farms would have been shut down by now, some of us would have been out of business and the part of the protein requirement in diets would have been unavailable; so they saved us seriously. “Our company accessed from WACOT and that has brought our production back to full capacity of 1,000mt per day in all our plants. Before that we dropped to about 600mt. ‘‘Let me be frank to all intents and purposes that imported maize was a saving grace and it is still a saving grace, because if not for that a lot of farms would have been down-toned and that would have caused a lot of unemployment. It would also have paved the way for imported chicken to come in, which we don’t pray for.” Also speaking, Alhaji Mahey Rasheed, Chairman of Premium Farms Abuja said that the intervention by the federal government to grant licenses to the four firms has brought back life to a sector and a value chain that was near total collapse. According to him, about one-third of the poultry farms have already closed down as well as some companies that use maize to produce foods like Semovita, leading to a substantial loss of jobs. Premier Feeds commended The timeliness of the intervention is notable, as it took only one month from the July 2020 date of approval by the CBN for the imported maize to land the country and pushed out to feed mills. Premier Feeds for example has been commended by the poultry association for their concerted efforts in providing succour to the poultry during the crisis to the sector For their support to the poultry industry development and agriculture in general, Premier Feeds is considered an integral team player in the sector. Their efforts recognised by poultry owners in the country include the crucial role played in keeping the industry afloat through the importation of maize as well as a demonstrable commitment to the industry by forfeiting their share of the 5000mt FG intervention to the sector. This was to help smaller-scale farmers to benefit. Premier Feeds has so far supported feed millers, integrators & farms across Ogere, Enugu, Ibadan, Sapele, Jos, Abuja, and Ogun with 6,301 Mt of maize. Future Outlook While the sector has been saved, for now, fears are that the country could still witness a recurrence as according to Mr. Sunday Ezeobiora, MD of Sunchi Farms and Hatchery, Enugu and National Treasurer of Poultry Association of Nigeria, “The scarcity in my simple analysis will repeat next year, because of the issues of Boko Haram, banditry and restriction of movement due to COVID-19 and there was a fake fertilizer that circulated during the farming season and you can see from some people’s farms that the maize they planted are not doing well, you can also see armyworms attacking the maize, so there is every indication that next year will be like this year. On his part, the chairman of Agro Group, Lagos Chamber of Commerce and Industry, Mr. Africanfarmer Mogaji said the climate condition last year occasioned by heavy rainfall created a deficit for 2020. He also recalled that COVID-19 also contributed to the deficit. He cited that most of the multinationals that use maize use 100 percent local maize, thus creating high demand and low supply for the Nigerian market. He said local heavyweight stakeholders who advised the government to ban the importation of maize did not tell the federal government the full story, thus misleading the government. Mogaji cited that the kind of seeds that would produce enough to meet Nigeria’s minimal demand is not present in Nigeria. He added that besides the shortage of seeds, the issue of bad weather, which the Nigerian Meteorological Agency (NIMET) alerted on, was not put into consideration. He said the government had good intentions but was given bad advice by banning the importation of maize.

He praised the FG for allowing the recent importation waiver because the alternative would be a grounding of the industry. He also praised the government for the specific importers they licensed as they would most likely maintain quality control. He advised the government to allow importation until they can get the right kind of seeds and fertilizers to properly empower local farmers to produce to the extent of meeting local demand.