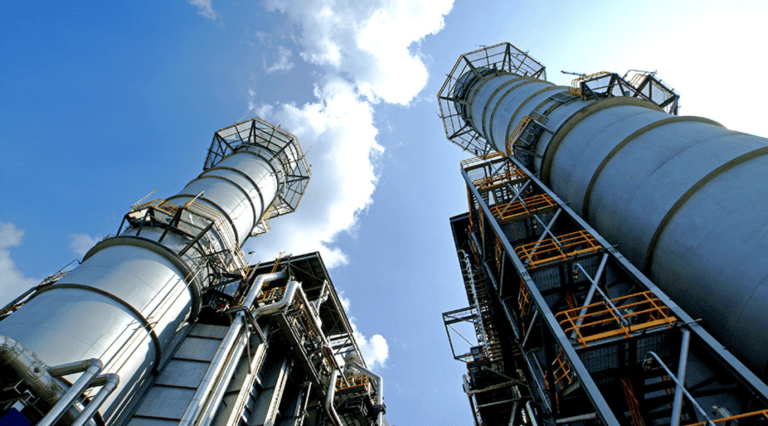 Thailand’s largely monopolized energy sector is on a potential new course as a big new private player seeks to give state giant PTT a run for is money.

The government granted Bangkok-based Gulf Energy Development PLC (Gulf) licenses to import 1.7 million tons per annum (mtpa) of liquified natural gas (LNG), the company said in a statement on May 21.

A license for 1.4 mtpa was also issued to Hin Kong Power Holding, Gulf said in a separate statement the same day. Gulf holds a 49% in Hin Kong Holding, while energy and infrastructure company Ratch Group holds a 51% stake.

Gulf added that its license would be used to supply LNG to 19 of its small Hin Kong power projects. Hin Kong’s license will be used to provide fuel for a 1,400 MW (megawatt) power plant.

Gulf’s disclosure comes amid an almost meteoric rise in its fortunes over the past year and a half as it extends its ambitious footprint both at home and abroad, including by developing power plants in neighboring Vietnam and Laos

It also plans to import LNG for its proposed power projects in Vietnam.

To date, Gulf has operated as a holding company with a portfolio of electricity, steam, chilled water generation and related businesses.

Sarath is listed as the 150th wealthiest person in the world by Bloomberg Billionaires Index, as of May 25, and the second wealthiest businessman in Thailand with a net worth of $9.9 billion.

Whether he can turn that wealth into monopoly-busting market clout is an open question.

Gulf becomes the second Thai firm to be granted an LNG import license by the government, following state-owned Electricity Generating Authority of Thailand’s (EGAT) approval in 2018. The move also comes as Thailand looks to free up its natural gas market as well as offset continued declines in gas production at its fields in the Gulf of Thailand.

More than 60% of the kingdom’s power is derived from natural gas, mostly extracted from the Gulf of Thailand; around 20% of its power is still derived from coal.

Going forward, the country will still heavily rely on gas, mostly for its power sector and industry, but an increasing share of that gas will be in the form of imported LNG.

Spot prices for LNG in the Asia-Pacific region, home to around two-thirds of global LNG demand, are at historic lows amid both a massive supply overhang due to new production facilities in the US and Australia, but also due to demand destruction caused by the Covid-19 pandemic.

Low prices are offering a number of eager LNG buyers, including India and Thailand, the opportunity to procure the fuel at rock bottom prices, which last week dipped beneath the $2 million British thermal units (MMBtu) price point, well beneath the production cost for most producers.

However, as in the case of the global oil sector, available LNG inventory capacity will pose a problem. PTT, for its part, has long enjoyed a monopoly in both Thailand’s oil and gas sector, including over LNG, that appears nearly impossible to break.

The partially listed company currently operates all of Thailand’s LNG import facilities, including two terminals in Rayong with a combined capacity of 19.5 mtpa, with a third facility in the planning stages.

EGAT was set to import the super-cooled fuel from Malaysian energy giant Petronas.

The government’s about-face caused doubt overseas and at home that Thailand would finally open up its LNG sector. EGAT’s labor union chairman Sirichai Maingam said at the time that the changed policy meant the government lacked consistency and transparency, adding that the move would negatively impact bilateral relations with Malaysia.

EGAT, however, has been allowed to import two LNG spot cargoes, though on a small scale, indicating that PTT is still likely pressuring the government in its effort to not cede market share.

Since EGAT operates under Thailand’s Ministry of Energy and is the country’s largest power producer, the government’s apparent acquiescence to PTT shows just how much political and market power the oil and gas major wields.

Calls from both within the government and in the private sector to end PTT’s monopoly have been ongoing for years. To date, however, PTT’s hold looks secure as it expands both at home and abroad, seen in subsidiary (PTTEP) inking a multi-billion dollar supply deal last year with Mozambique LNG.

With a PTT subsidiary both signing supply deals with foreign players, as well as owning the country’s existing and proposed LNG import facilities, its monopoly may yet rule the day even as the country builds out its LNG infrastructure.

Thailand is also planning to become Asia’s premier LNG bunkering hub. Due to new global environmental regulations, an increasing number of newly constructed ocean going vessels will use LNG as its primary fuel, while large numbers of older ships will also convert to cleaner burning LNG.

Porrasak Ngamsompark, acting director of the LNG Management Bureau at Thailand’s Department of Mineral Fuels, said last year at an energy conference in Singapore that any move to build a hub, if and when it does come to pass, will inject some $5 billion into the Thai economy between now and 2030.

However, Thailand’s LNG bunkering hub ambitions will face stiff competition from others in the region, notably Japan (the world’s largest LNG importer), with a plethora of lucrative LNG investments scattered across the globe.

Japan’s multi-decades experience in the sector, its far-reaching grip, and its market savvy, will likely pose an even stiffer challenge to Thailand’s LNG bunkering plans than PTT’s monopoly hold.