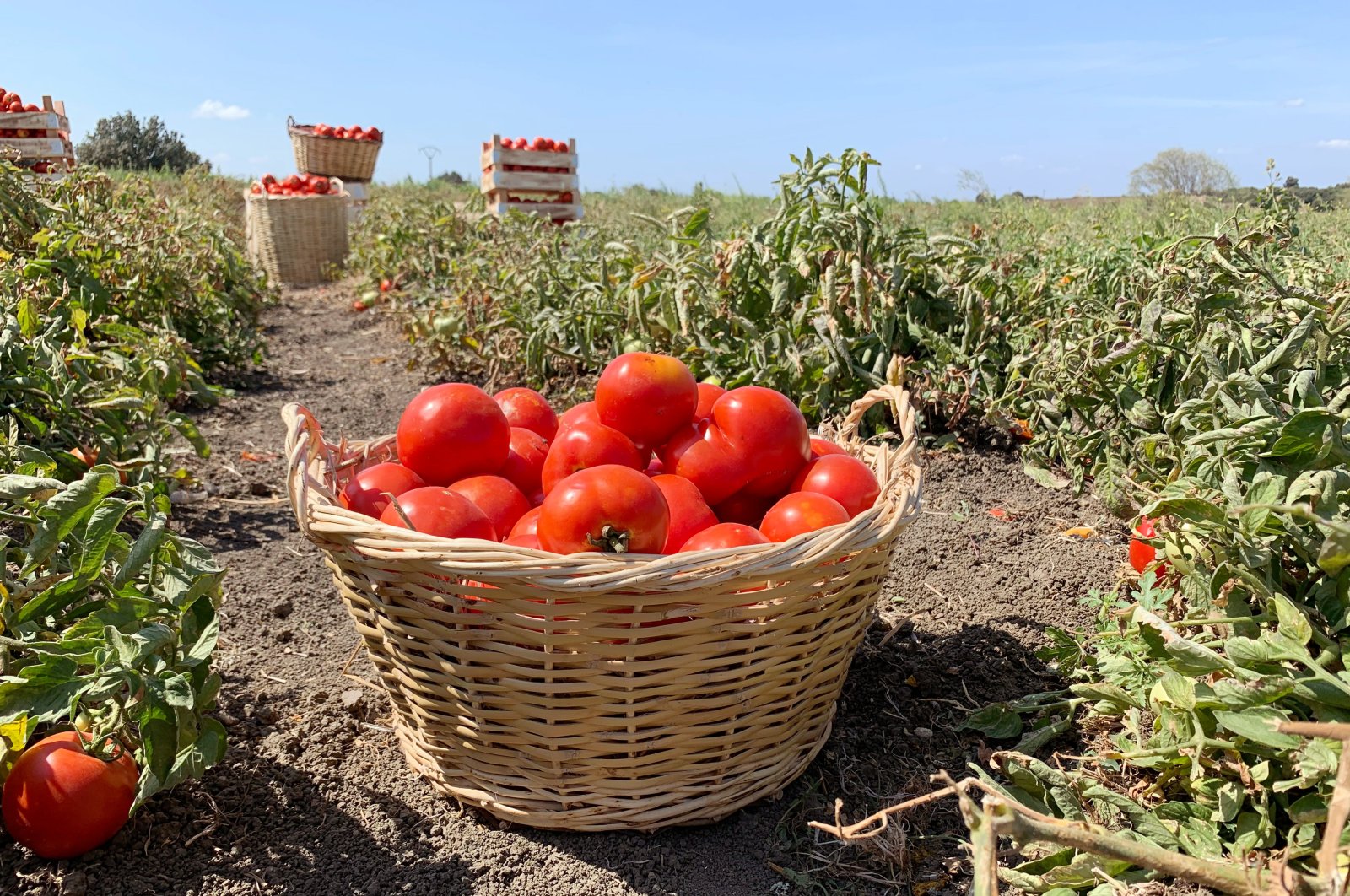 Producers and exporters in Turkey welcomed Russia’s decision on Tuesday to raise the upper limit for tomato imports from Turkey.

The fresh fruit and vegetable sector, which holds a large share in contributing to Turkey's national economy, applauded the news that the Russian Ministry of Agriculture had decided to increase by 20% the quota on the import of Turkish tomatoes. Turkey will be allowed to export up to 300,000 tons of tomatoes to Russia with the newly announced limit.

Ali Kavak, the chairperson of the Turkish Fresh Fruit and Vegetable Exporters' Association Sector, told Anadolu Agency (AA) that the importance of agriculture has once again been felt during the COVID-19 pandemic period.

He stressed that Russia’s hiking of the upper limit is extremely important and that as the sector representatives, they welcome the decision with pleasure.

Russia is a major market for fresh fruit and vegetable producers in Turkey, Kavak said, as they export a large portion of those products there.

He added that as the industry, they follow a very successful export policy and they are now in a process of expanding their export markets instead of being dependent on a single market.

The business world and officials have been calling for the complete removal of Russia’s quota on vegetable imports, a system that was first imposed in 2015 after Turkey downed a Russian warplane that it said violated its airspace near the Syrian border. Moscow lifted the import ban in November 2017, but set limits as tensions between the two countries eased.

Nejdat Sin, the chairperson of the Mediterranean Fresh Fruit and Vegetable Exporters Association, also stated that Russia's increase of the tomato quota is an important development.

Reminding that Russia is one of the main markets in the sector, Sin said that the Turkish government supports market diversity and that they are trying to expand into new markets while protecting the existing ones.

“It is a positive development that Russia increased its tomato import quota from Turkey from 250,000 to 300,000 tons,” he said, thanking those who contributed to the process.

Mediterranean Chamber of Agriculture in Mersin Chairperson Musa Yılmaz also stated that an increase in exports to Russia will provide added value to the producer.

Explaining that this situation was welcomed by the producers and exporters, Yılmaz said, “Increasing our tomato export quota will please our farmers and producers.”