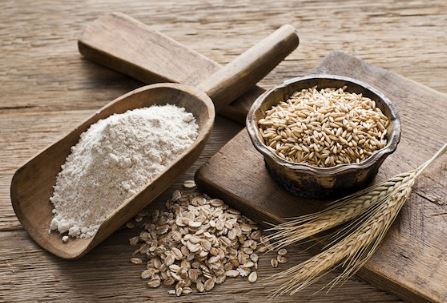 GOVERNMENT has suspended customs duty and scrapped import permits and licences for grain, maize meal and wheat flour with immediate effect to plug potential food supply gaps and counter the effects of drought experienced in the last agricultural season.

Statutory Instrument 247 of 2019 – Customs and Excise (suspension/amendment) Regulations – has since been gazetted to give legal effect to the decision.

This means individuals and corporates can now import grain products duty-free without the need for a permit as part of measures to cushion the milling industry and ease the burden on consumers.

In a joint statement yesterday, the Ministries of Finance and Economic Development, Industry and Commerce and Lands, Agriculture, Water and Rural Resettlement, said the relaxation of import conditions was effective 22 November 2019 and covers a period of six months up to May 2020.

“In order to ensure the continued availability of essential food stuffs on the market and to counter the effects of the drought that was experienced during the 2018/19 agricultural season, the Government of Zimbabwe has undertaken the following temporary measures, which will be implemented with immediate effect.

“Ministry of Finance and Economic Development through Zimra will suspend all import duties currently applicable on the following products as indicated,” the statement said.

Government also noted that the Grain Marketing Board (GMB) has informed millers and commercial users of grain that following the pronouncements in the 2020 National Budget, the subsidy on grains has been removed with immediate effect.

“All users of grain, including millers will now buy grain at cost price, which currently stands at ZWL$4 000 for maize and small grains and ZWL$8612.08 for wheat,” reads the statement.

“The Government of Zimbabwe will also be unveiling a mechanism for targeted subsidies for basic foodstuffs, particularly roller maize meal and bread flour as outlined in the 2020 Budget Statement once the finer details of the mechanism are worked out as an additional cushion for vulnerable households and the generality of Zimbabweans.”

The Grain Millers Association of Zimbabwe (GMAZ) has welcomed Government’s decision to remove subsidies on maize and wheat as well as import relaxation on related products.

“The move shows Government’s sensitivity to the plight of its citizens and the administration’s efforts to ensuring the continued availability of basic foodstuffs at affordable prices,” spokesperson, Mr Garikai Chaunza, said.

“The association is, however, holding an extraordinary meeting on grain strategy, procurement, importation and price stabilisation where it will thoroughly examine the impact of these pronouncements. The milling sector remains committed to working with the authorities to ensuring food security.”

Meanwhile, GMAZ has distanced itself from a statement that circulated on social media yesterday insinuating that millers have increased the price of mealie meal following the removal of subsidies on grain.

“We do not know where the statement emanated from and we are investigating”, he said.

In Bulawayo, some errant retailers had already increased the price of mealie to about $90 for a 10kg bag and $188 for 20kgs while some major retailers had limited stocks but maintained the old price.

Commenting on the matter, Confederation of Zimbabwe Retailers (CZR) president, Mr Denford Mutashu, said: “We have not received such reports and a lot of them do not have the product anyway.

“So, you can’t increase the price of a product that you don’t have and it goes back to the shortage of maize that the millers are experiencing. I think the genesis of the matter is not to focus on prices but to focus on improving the supply of maize to the millers”.